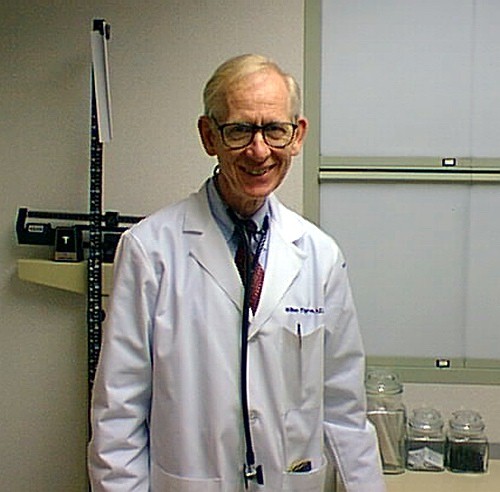 
William G. Figueroa, 66, a pulmonary specialist who published a seminal medical report linking lung cancer in humans with exposure to a specific chemical, died Monday of amyotrophic lateral sclerosis, or Lou Gehrig's disease, at his home in West Chester.

Born in Camden and raised in Merchantville, Camden County, Dr. Figueroa had been a longtime resident of Penn Valley before moving to West Chester three years ago.

In 1973, Dr. Figueroa, at the time chief of pulmonary medicine at Germantown Hospital, published in the New England Journal of Medicine the first report directly connecting lung cancer with exposure to chloromethyl methyl ether (CME) and a contaminant contained in it, bis-chloromethyl ether (BCME).

In his report, Dr. Figueroa documented 14 Rohm & Haas workers who developed lung cancer as a result of exposure to the chemical. Later studies arrived at a figure of 54 employees at the company's Bridesburg plant who died of pulmonary disease due to exposure.

The report, considered a landmark in occupational medicine, led to the elimination of exposing industrial workers to CME, once used in some ion-exchange manufacturing processes. CME is now classified by the Environmental Protection Agency as a human carcinogen.

In a 1975 Inquirer article, Dr. Figueroa was called a hero by Rohm & Haas employees and their families affected by exposure to the chemical.

Over the years, he published a number of other research papers dealing with cardiopulmonary disease, and he continued to champion the cause of patients with chronic lung disease.

Colleagues said he had a reputation for being able to diagnose difficult illnesses that other physicians could not.

As good as he was in the science of his field, Dr. Figueroa also knew how to treat human beings once they came into his care.

Donald D. Peterson, a longtime partner of Dr. Figueroa's, said the doctor "taught other doctors that the practice of medicine involved making important decisions about people, not 'cases.' "

"Again and again, I heard from patients that he not only helped them to breathe better, but that he changed their lives," Peterson said.

A graduate of Merchantville High School, Dr. Figueroa earned a bachelor's degree in chemistry from the University of Pennsylvania in 1957. He received his medical degree from Hahnemann Medical School in 1961 before performing an internship and residency at the old Philadelphia General Hospital, and a fellowship at the Veterans Administration Hospital in Philadelphia.

He belonged to several professional organizations, including holding national offices with the American Lung Association and the American Thoracic Society.

His work was recognized numerous times, including in 1974 by the Industrial Medical Association. The group gave Dr. Figueroa its highest award for a medical article on his work in exposing CME as a human carcinogen.

Dr. Figueroa is survived by his wife of 42 years, Eileen; a son, David; a daughter, Dolores Verdeur; his father, William C.; three sisters; and one brother.

Memorial donations may be made to the ALS Association of Greater Philadelphia, 500 Office Center Dr., Suite 340, Fort Washington, Pa. 19034.

NOTE: Reprinted without permission from The Philadelphia Inquirer obituary section, September 26, 2002. If any copyrights are infringed, please notify me and I will remove it immediately. Roger Stevens.


To get back to the WA3FLE homepage, click here.